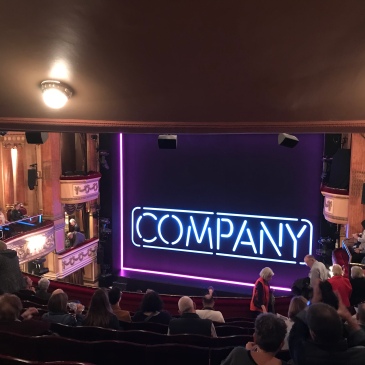 This is running at the Gielgud Theatre on Shaftesbury Avenue, that’s an indication that this show is a big deal. Based on a 1970 musical comedy with music and lyrics by Stephen Sondheim and book by George Furth. The original production was nominated for a record-setting fourteen Tony Awards and won six. This second West … END_OF_DOCUMENT_TOKEN_TO_BE_REPLACED