Back to setting my scene, and recounting more hard times to get through. Once home I had children to comfort and of course arrangements to put into place. I think that even though the oldest of the 4 kids was only 23 and the youngest only 14 that they kept their grief away from me; they all had a sense of protecting my feelings. I have to say that having someone to be angry with, being the Foreign Office, was very helpful. In common with the time spent in Thailand they continued to be of no help when it came to getting Luke and his belongings home. I had a real focus when it came to Luke’s possessions; I wanted his notebooks; the things he’d written his innermost thoughts in. The Facebook links came into play Mikael was able to tell me where he thought Luke had been staying; I emailed the hotel. As it went he wasn’t staying there; but the hotel sent 2 people out in opposite directions and they checked accommodation until they found the right one!

The insurance company who were incredibly kind and sensitive then did a great job of getting both Luke and his backpack home. Signs of the fact that laughter would come back into my life appeared when the backpack was delivered. The precious notebooks and the camera Luke had taken with some wonderful photos on were present; as were a fairly big pair of speakers!! He loved his music did Luke! There wasn’t much room left for clothes, but he could bang out his tunes so that was all fine! So a funny moment with another to follow when I found the iPod I’d given Luke in a side pocket, as he grew up things such as that were almost deemed to be disposable items by him! But no, he clearly wanted to be able to listen to his music; he had an unashamedly wide taste in music and it was amusing to listen to his playlist which included the usual sort of cool stuff a 21 year old lad listens to as well as the Spice Girls and Flashdance! We were able to pull from that playlist the songs played at his funeral. 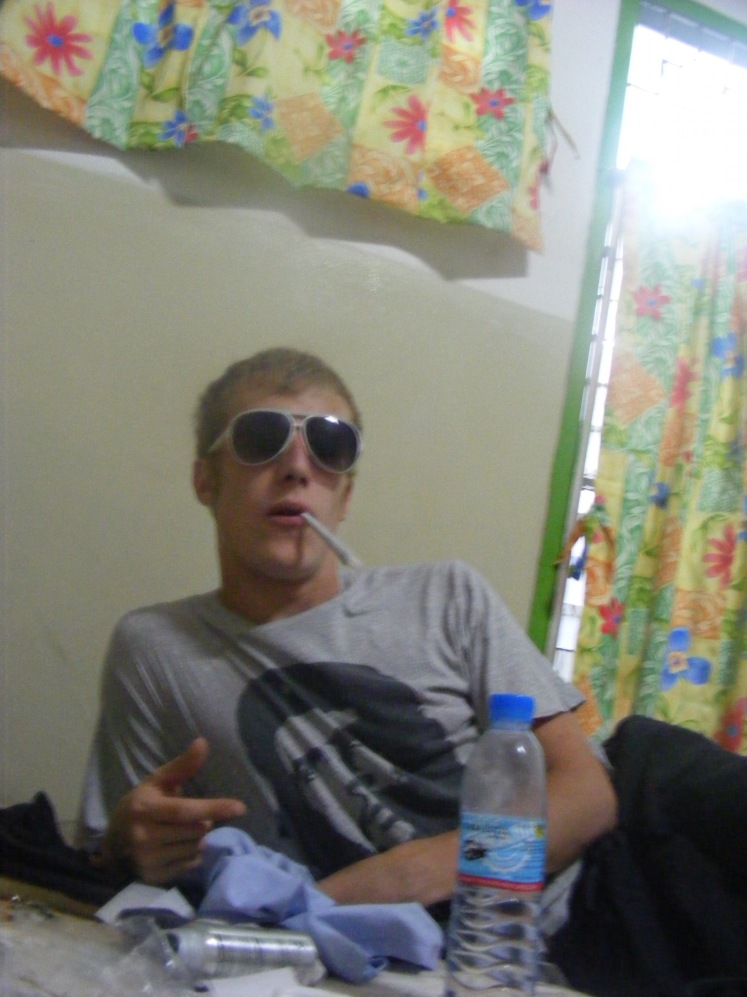 Talking of the funeral I was determined that would happen as quickly as possible; after such a loss I felt we all needed to be able to get the day over and look forward. Luke came home quite quickly, the ability to nag is a wonderful thing; but we were held up by the Coroners office here; I was told something that no mother should ever hear by on officer, I actually won’t repeat it here it’s just too awful to recount! But, again after much nagging we were able to arrange a date. Now, I don’t know about you but I think funerals are stupidly morbid affairs! That sound a ridiculous thing to say, but, really?? That wasn’t going to be the case for Luke! One thing I will say should you be a funeral director and reading this (unlikely I know) if the people sitting in front of you aren’t all mournful and weeping, there really is no need for you to be. Luckily Luke had made a friend of Siya a wonderful man of South African origin who also happened to be a Pastor; I had no hesitation in asking him to ‘officiate’ at the celebration of Luke’s life. I also had no hesitation in having things exactly as I wanted them.

So, no big black, slow driving cars, no morbid men in black clothes carrying the coffin in and no dark clothes. We were able to hold the celebration in the local church; we needed a venue big enough to hold the hundreds of people who attended. But and I am sorry to those who are believers, we had a ceremony that was all about Luke, we played Ain’t No Mountain High Enough by Marvin Gaye and Tammi Terrell, as people arrived; the coffin was already in the church, we looked at a slideshow of the photos Luke had taken with some funny comments about him woven in. We listened to Kissing You by Desiree – Luke’s all time favourite song, he knew every word and every beat, (have a listen, it’s beautiful). Alexandra at 17 years old stood up and read a poem at her brothers’ funeral, an incredibly proud moment for me. And his step dad, my brother Ian and 2 of Luke’s friends Oli and Gavin stood up and spoke about Luke. 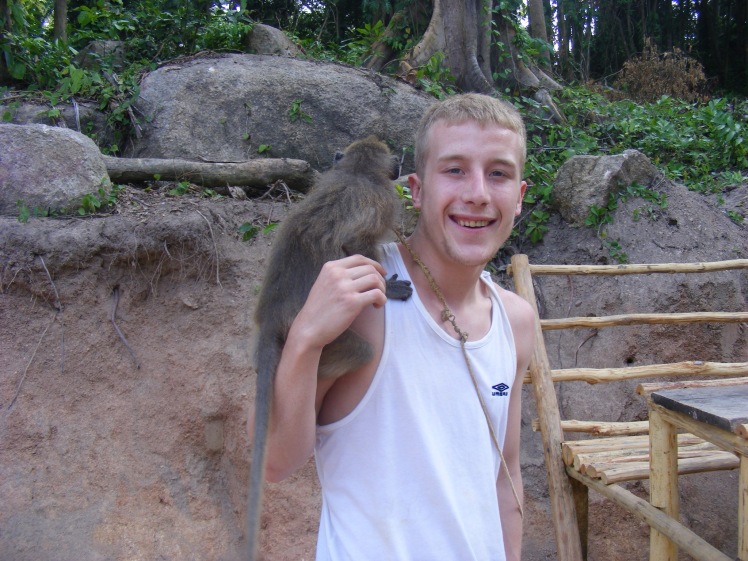 Very strangely I don’t think I shed a tear at the church, it was actually lovely to hear others recount their memories of a young man who’d left an impression; a son to be proud of (in spite of his earlier ways). Having made it explicit that I didn’t want any of the standard morbid funeral shizzle I suppose I shouldn’t have been surprised when the morbid men in black did the walking very slowly thing, then the driving very slowly to the crematorium thing. But, goodness I hate that! The crematorium as if generally the way was a very brief affair, with another 2 of Luke’s song choices being played. Before I knew it we were escorts to look at the flowers. Awkward moment time as I’d requested that people donated to the Make A Wish Foundation rather than boost the profits of the local florists. We’d had a beautiful spray of exotic flowers on Luke’s coffin and there they lay to be ‘looked at’. I turned to walk away and then in what was probably a very irreverent move I thought ‘hang on a minute, they cost a bomb!’ So I turned back and took them away with me! I guess in a way I’m giving a message here with this recollection; if you have to arrange a funeral? You do what you want to do, don’t be tied by tradition or what you think others expect of you. Do what’s right for you and what you believe the person you’re saying goodbye to would have wanted if they could have been involved in the arrangements. End of sermon (ironically), I’m nearly at the point in my story where I can share how I come to be a person who almost always has a smile on my face I promise. 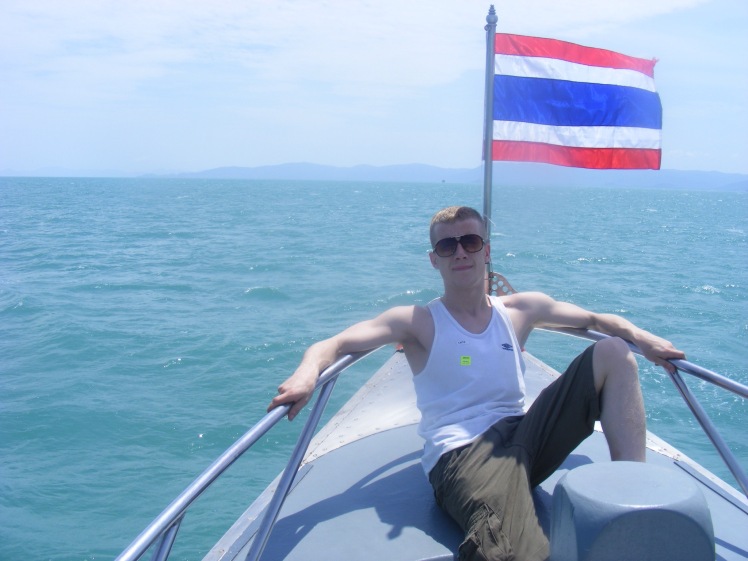