A couple of long drives to rugby matches this weekend gave me lots of thinking time, and lots of singing time!  I’ve always loved music, my earliest music memory was of a Cliff Richard Album – Cliff in Japan – being bought for me when I was 8 years old by my Auntie & Uncle.  I am going to confess that I kept that allegiance for many years and went to his 40th anniversary concert at the Royal Albert Hall.

Next up for me were The Osmonds – Ooh I loved them, photos of one Donny Osmond all over my wall!  A work colleague and friend, the lovely Alison is working with The Osmonds today to help them spread word of the good work of The Hearing Foundation – what a thrill for her to meet regularly with Merrill Osmond for one!

Those of a certain age will know that after The Osmonds or maybe even in tandem came David Cassidy – but goodness I’m very glad to say I stopped short at The Bay City Rollers!  Phew!

I had a record player in my room and spent hours and hours listening to my music – I did move on to more sophisticated fare, Led Zepellin, Supertramp, Average White Band, Elton John and Stevie Wonder featured along with all number of weird and wonderful once off bands/singers.

The first concert I went to was a very bizarre one – Argent – I went with by big bro Keith and a couple of his friends – I was 11 I think.  And believe me that was a very long time ago, I can still remember some of the experience.

As I got older and more independent music still played a big part in my life, my 1st serious boyfriend, Pete and I went to many concerts seeing the likes of The Jackson 5, George Benson, James Brown and Rose Royce. 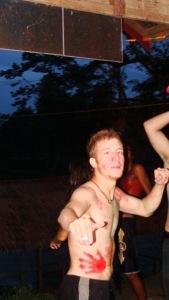 In the week of my 21st birthday I went to what was my ultimate concert at that time – a group of friends had a spare ticket for Earth Wind & Fire and offered it to me.  So off I went, with about 6 lads from memory, to one of the best concerts I’ve ever been to, and it remains that way today.

I know I’m sort of listing my music history here but I will get to my point eventually.

When I was about 8 months pregnant with Luke his Dad and I went to see Stevie Wonder, that would also be up there with my top experiences!  It was very odd seeing Stevie moving around, of course I knew he was blind, but it was only at the point of the concert finishing that I realised how hard it was for him to get around the stage, one of the only concerts I’ve been to when there was no encore.

You can probably tell from my earlier choices and in fact my earlier posts that I fully bought into the Take That thing, I do have a thing for a boy band to this day, I’ve seen them twice and have a ticket bought for their concert in June in spite of their ever dwindling numbers. 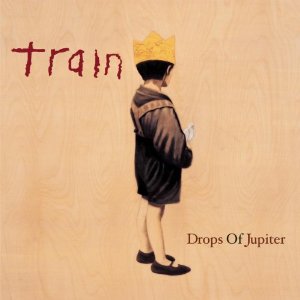 I can add Linkin Park to my adult choice of music – I like nothing better than having their music on at full blast in my car – and yes I join in!  Not that I can quite emulate the voices – I’ve seen them twice – and guess what?  Another favourite.  Goodness I’ve just realised I could go on forever!  But I must just add in a couple of other favourites.

Where shall I start – Train – of Hey Soul Sister and Drops of Jupiter fame, I have every album they’ve ever made, they are wonderful in concert.  Jason Mraz -weird name – great music.

A last mention for Justin Timberlake – I love his music and I was lucky enough to be able to buy tickets to see him.  Alex and I went to see him at the O2 – it was the night of her Year 10 parents evening, but she and I went and her step-dad did the responsible thing.  I had no idea Justin T could play instruments, he played piano and guitar, but I did know he could dance and sing.  He was brilliant – I’d go and see him again in an instant!

Nearly ready to get there – All of my kids love music – including Luke.  He had a wide and varied taste and didn’t care who knew he liked some odd stuff, like the Spice Girls or Diana Ross. One of the sayings printed on his Funeral Service thingie is simply – ‘Music Is Life’.  I’ve recounted before how when we got his bag back from Thailand there were hardly any clothes, in their place a set of fairly decent speakers.

I think you could say we all have an eclectic taste in music, and each of us is happy to share and admit to what we love.  My choice was one of the biggest sources of disagreement with my husband – we had so many arguments when he labelled my choice as rubbish.  The source of most of that shall we say lack of harmony was my love for all things dance – from David Guetta to Swedish House Mafia, Calvin Harris and on.  For me, it’s happy music, it brings me joy.  It’s to my taste, it won’t be to many people of my age, in fact my colleagues, around when I arrive at work, call my car a disco on wheels!  But, it lifts my spirit and I can’t see me changing my tastes for anyone.

So, to the point of this post – try not to judge other peoples’ choices in all things – whether it be music, wine, sport or anything else – just because you don’t like it doesn’t mean it’s rubbish.  Respect other people’s choices, if they like it that’s fine, it doesn’t mean you need to as well, it’s what makes us different!

Keep doing whatever makes you happy, as long as you aren’t hurting anyone, stick to your guns 🙂