I’ve had a wonderfully busy weekend so not had time to put fingers to keyboard; but I have had a fair amount of time to think about Luke and to think about my motives for writing a personal blog.  I’m going to share my thoughts at the point and perhaps as things progress we can see whether my intentions come to be.  I’d say that most people who know me, whether that be in person or the t’internet in some way or other, would recognise me as a positive person, hopefully as someone with a ready smile and possibly almost slightly simple when it comes to laughter!  Amongst other reasons for writing this blog I aim to inspire people, to let them know that when adversity strikes that they will find a way to survive, a way to find their ‘new normal’.  The more time I spend thinking about Luke the more I realise he was slightly…… eccentric I guess would be the word, funny might be another, really quite naughty must be put in there too;  I want to share that, and hopefully make you laugh along the way.  To ignore the other 4 ‘children’ in my life would be remiss, and I’ll warn those who’re reading this – Kerry and Alexandra your time will come, along with Peter and Jake – we seem to have funny experiences aplenty to share!  In a way I guess this is also about keeping the memory of those no longer here, Luke in particular alive.  So, I hope you keep reading and enjoying, laughing and sometimes crying as I wend my way through what will probably be 365 parts!  I will want as you’ve no doubt already realised I’ll also be giving my thoughts and if I’m honest opinions on a few things too.

To go back to 2009/2010 and the year after Luke died, I’d say a lot of it was a blur; I’ve mentioned previously that things between my husband and I weren’t right in the lead up to that fateful weekend.  Without going into detail neither of us really did what was needed to ensure that those rifts were healed.  I think we played at pretending things were ok while in our own minds we both knew they weren’t.  We went to Paris in the February Half Term and to all intents and purposes had a lovely time.  Can you find your new normal in 7 months?  No, most probably not, I think I was just managing to operate on a day to day basis during that first year, doing my job, hoping the kids were ok and not showing how lost I felt at times.  I wasn’t in any position to try to heal a marriage I had to heal my whole being; so to a degree bad behaviour went on by both of us.  I won’t go too far on this subject but by December of 2010 I was strong enough to walk away from the situation and the beginning of my new normal really started.

(A photo below to delight Luke’s cousins!)

To step back a few months, one misconception I had was that I had to wait for an inquest to get a death certificate; I think I’ve mentioned before that in fact that document comes from abroad when someone dies abroad.  That I had confirmed when the inquest was finally hard in June 2010.  That wasn’t a joyful experience, although the coroner was a very kind lady, no further light could be spread on what had happened.  Luke died as a result of the injuries he received after a road traffic collision, the police in Thailand intended to charge the taxi driver but they’d let him leave and he absconded.  This is maybe a giving my viewpoint on life moment; there is a man out there who is responsible for the death of my son, yet I can honestly say I hate no one in this world.  No one goes out in a car with the aim of killing another human being.  I imagine he’ll have been petrified which is why he left Luke in the road; he’ll have left all that he knew to ‘get away’ with it.  Hating this man won’t bring my boy back but it would eat me up in time; and here’s a line that may make you laugh at such a difficult point.  I believe you can see those who are bitter and hateful about the things that have happened in their lives; they have a pinched look about them – I like to call them – Lemon Lips!  Not to their faces of course!  I never, ever want to look in the mirror and see a pinched face looking back at me.  It’s hard to believe in much when you’ve lost a child, but I do believe in fate; maybe that was Luke’s time, maybe he was meant to die young, yet leave a lasting impression? 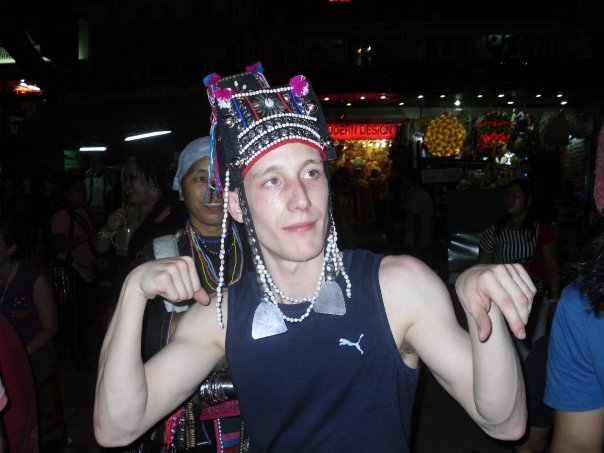 Lots of deep stuff in Part 8 so I’m going to leave you with a funny memory – Luke used to go and stay with his Grandma; my Mum  a lot – she lived in Ickenham and apart from the fact they simply adored each other it was easy to get into London from her place.  During one visit Luke was off into town for the day – he took his Grandma’s phone.  While sitting on the station he as mugged – not in a he got hurt way – but not a pleasant experience.  The whole thing took a humorous slant however when they took one look at the brick of a phone and pretty promptly handed it bad to Luke with disgust on there faces!  The benefits of having an old fashioned phone!  I won’t be swapping my IPhone any time soon however!