Having settled into my little rented house and enjoyed some solitude I was to be joined by both Jake and Shirley.  This little dog of ours is a rescue dog; she was left tied to a tree when she was about 3 years old; for some reason as a family we decided we wanted a pooch.  With a young Jake and Alex in tow we visited a dog rescue and there was this little thing wagging her tail furiously; she was beyond hard to resist and was spirited home almost immediately.  It’s amazing how much we come to love the animals we take into our homes and lives; Shirley very quickly became a much loved pet.  She also quite quickly became a constant companion for Luke when he was home; she slept with him at night too.  When Luke went travelling she shifted her allegiances to Jake and to this day that’s how things have stayed.  I went to the ‘big’ house to pick Jake up one Saturday morning and picked Shirley up too; we dropped Jake off then I parked my car at my house.  I literally popped indoors for a minute to pick a bag up then walked the dog for about an hour; dropping her off at what was her home on the way back.  I walked back to my house then wasted some time – I’m quite good at that! I heard barking an hour or so after I got home, then a knock at the door. Who should be there, but Shirley!  She hadn’t knocked on the door by the way, she’s clever but not that clever!  Plus she’s vertically challenged like me.  Shirley had clearly repeated the walk we’d taken to find her way to me; that included crossing a main road!  I took her home as I was worried about having a dog in a rented house.  But Shirley wasn’t to be foiled.  On Good Friday I was out with friends when I got a call to say she was running around outside my house.  This dog knew where she wanted to live and to this day she’s been with me since.  Jake also made the same decision, which was only right really and so the 2 are inseparable – in fact Shirley literally sleeps in his bed – Yuk personally speaking! 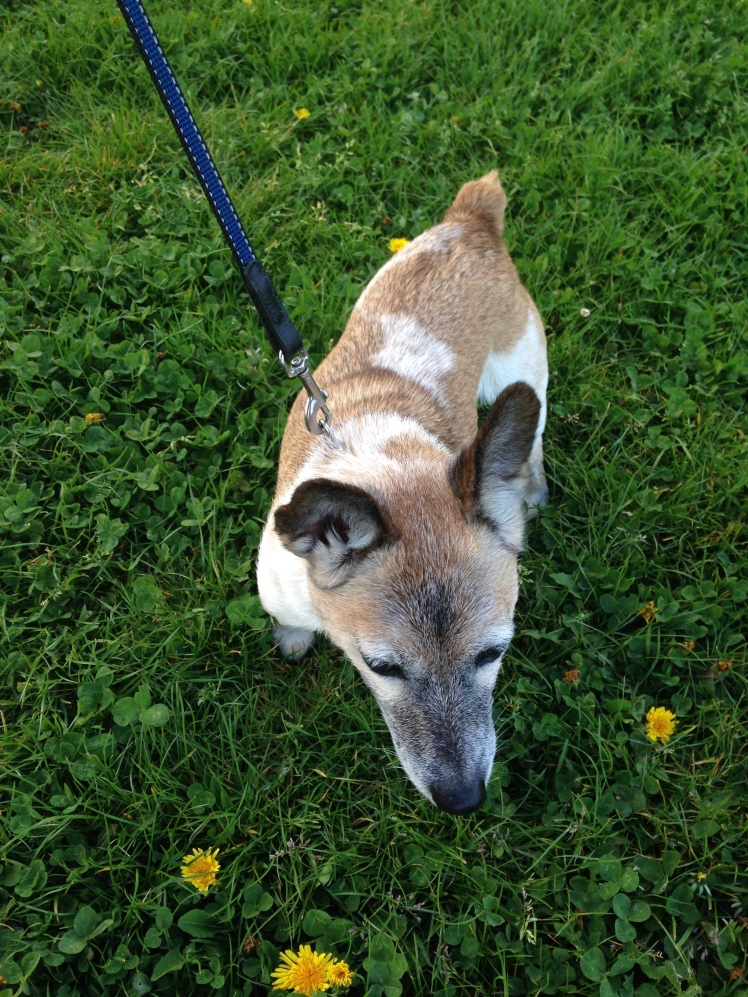 And so our smelly little bundle of love picked her home and has so helped with helping me find my new normal.  One of the things I did a lot of after Luke died was walking with this little dog thing the lead no matter how fast I went.  I must confess that i walked with tears streaming down my face fairly often, but soon that stopped and I started to appreciate small pleasures.  Living in a town with a coastal estuary meant lots of walks with wonderful things to see.  Whether it was the local heron or a group of boats making their way along they were things to smile about.  I can remember walking past a young child one day who gave me the biggest smile; it’s so hard not to return a smile no matter how you’re feeling inside; they’re infectious!  It’s one of the reasons I try to use my smile as often as I can, because it gets reflected back at you; and in reality you never know what sort of day someone’s having, sharing a smile may just brighten their whole day and help them turn a corner.  Deep shizzle, but do you know?  I truly believe it.  Finding pleasure in simple things keeps on giving; another memory of the early days was smelling honeysuckle and thinking how amazing it was.  This all probably makes me sound and look simple at times, but, I have a feeling it makes others smile too.  It’s about being grateful for what we have, in spite of losing my first born, Luke, who I adored I have so much to be happy about in life.  Not the least of which is having had Luke in my life for 21 years; he taught me a lot.  He was a hugely tolerant young man who tended to always think the best of people.  Oh, an a bit of his messiness rubbed off on me too….. Or was it the other way round?

Both Jake and Alexandra are young people to be proud of as are Peter and Kerry.  All 4 are making their way in life in spite of each suffering more loss than they should have to bear.  Both Jake and Peter have lost close friends, for Peter & Kerry their actual Dad and for my 2 kids the man they knew as their Dad.  They’ve all attended funerals and acted with dignity and compassion; the loss of their Dad has brought the 4 closer and closed a gap that may have grown; something good to come from something tragic.  I will write more about the loss but for tonight I think I’ll sign off, a short Part 11 but now feels the right time to finish. for the night. 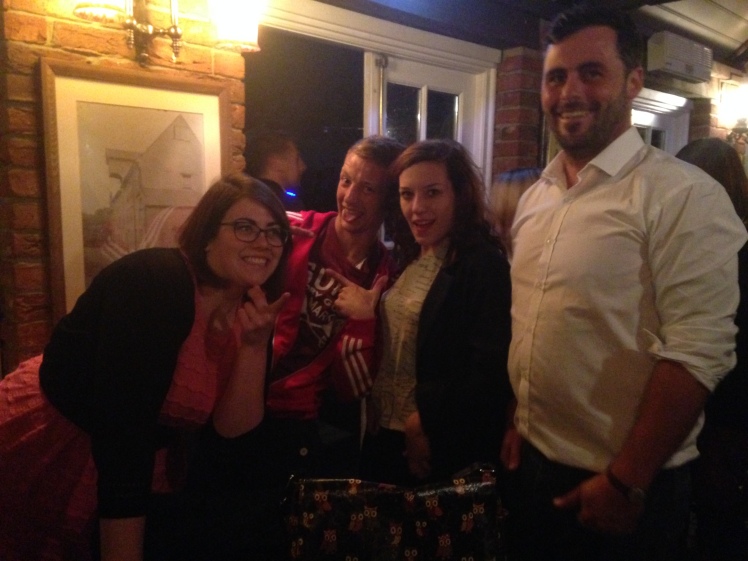